Top Reasons Why We Should Help the Homeless 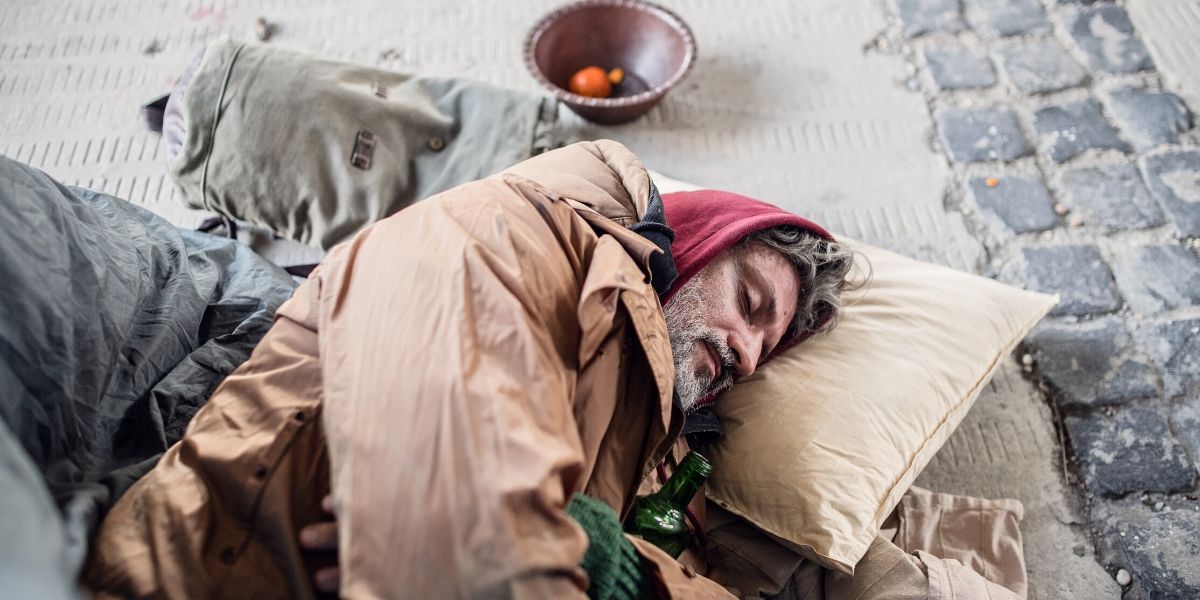 When you see homeless people on the street, what’s the first thing that comes to mind? Are you one of those people who think they deserve it for making bad decisions in life? Or do you stop and ask yourself how you can help them?

Admit it or not, most of us do the former. We blame the homeless for their plight instead of trying to help them get back on their feet. As a society, we’re wired to distrust people who we feel are not making good contributions to the community. In the news and even in some movies, homeless people are often portrayed as criminals and spreaders of diseases.

Yet, few people realize that most of us are just one paycheck away from living on the streets. It only takes one failed relationship or the death of a loved one to turn someone’s life upside down.

Even the most level-headed person can find themselves losing everything with no one to turn to. So it’s not really about the decisions they make. It’s mostly about the circumstances that they found themselves in, to which there is no easy way out.

Thus, instead of blaming them for the things that are beyond their control, we need to help them. If you’re still not convinced, here are eight reasons why we should help the homeless:

No matter their skin color, religion, or gender identity, we all belong to the same race: humankind. We share the same experience. We all get hungry, feel cold, and need someone to understand us. This is basic for all humans. The only difference is you don’t have to worry about where to get your next meal. Or where to lay your head for the night.

2. They Need Our Help

We need to help the homeless because they need our help. It’s as simple as that. It doesn’t matter whether they can return the favor or not. You shouldn’t need any other reason to help someone other than the fact that they needed help.

Have you ever noticed that when you help others, you feel a different kind of happiness? It’s like this warm feeling spreading all over you that’s difficult to put a name to. That, my friend, is a rare kind of satisfaction that no amount of material wealth can buy.

4. We Are In A Position To Help

5. It’s Our Chance to Make a Difference

We can change the world and make it a better place. It’s in your hands to make a difference.

Homelessness is a global human tragedy. But if we work together, we can make the world a better place for everyone. No matter how small the effort is, it can make a difference. You don’t have to be a billionaire to inspire change. We can all help end homelessness in our own little ways.

As human beings, it’s our moral responsibility to help the most vulnerable members of our society. Even if your moral compass isn’t that strong, common decency dictates that it’s the right thing to do.

7. What Goes Around, Comes Back Around

You may have a stable job and a roof over your head right now. But there is no guarantee that you’ll still have them tomorrow. Most homeless people had jobs and didn’t imagine finding themselves sleeping on the streets. But then, in the blink of an eye, everything can change. Such is life, and that doesn’t exempt you.

This is why we need to help the homeless because what goes around, comes back around. When the time comes that we’ll be in their shoes, we can hope that someone would be willing to help us too.

8. You Can Help Them Have a Brighter Future

In a commencement address,Steve Jobs revealed that he was once homeless. Steve Harvey, Jim Carrey, Halle Berry, James Cameron, and many otherfamous people were once homeless. But they rose above their circumstances and became the successful people that they are now.

You see, most of the time, homelessness is just temporary. Sometimes, all they need is someone to help them get back on their feet. Contrary to popular belief, some of them are really trying. Thus, we need to help them become productive members of society again. That homeless kid living from shelter to shelter could be the next U.S. president or the next most notorious criminal in the country. It all depends on you.