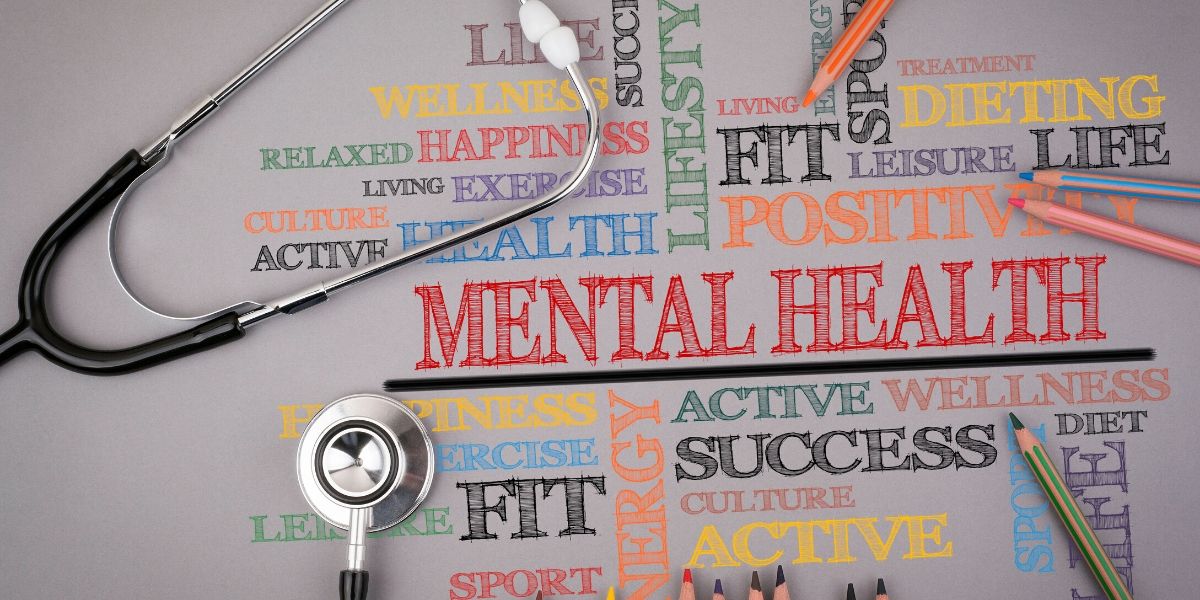 Studies show that 1 in 5 US adults live with mental illness. This just demonstrates how rampant mental health issues are in the country. Almost everyone goes through a mental health crisis at least once in their life. And yet, it remains a taboo topic in our society.

People who are suffering from mental and psychological disorders are often stigmatized. This instills in them a fear that they’ll be judged if they talk about what they are going through.

It’s no wonder why most of them end up either behind bars or sleeping on the streets. They are quickly judged on the things they do but no one asks why they do it.

This lack of understanding about the complexity of mental disorders makes it all the more worrying. Many lives could have been saved if someone just listened and empathized. Instead, people who try to speak up about it are criticized and their concerns downplayed.

But a mental disorder is as real as any other disease. It’s not something that is “just in your head”. Instead of judgment, these people need empathy. Instead of criticism, they need encouragement.

As we celebrate Mental Health Awareness Month this May, let us all do our part to break the stigma. Speak up or support these mental health charities who are leading the charge to end this. Together, we can make a more empathetic and understanding world for those who need it the most.

Since 1987, this charity has awarded grants to scientific research on mental health disorders. The data gathered from these studies have been a huge help for mental health professionals. It also allowed the rest of the world to gain a deeper understanding of various mental health issues.

The foundation also claims that 100% of the donations they receive go to research grants. Their operating expenses are covered by separate foundation grants. As of April 2020, they’ve already awarded more than $408 million to more than 560 institutions around the world.

LGBTQ youths are some of the most vulnerable people in our society. As such, many of them suffer from mild to debilitating mental disorders. They are the ones that The Trevor Project aims to help.

They provide crisis intervention and suicide prevention services to LGBTQ youths. Among its initiatives is a lifeline that receives up to 45,000 calls per year. They also offer training and workshops to adults who work closely with the youth. You can also access various suicide prevention resources on their website.

The Trevor Project offers a wide array of volunteer opportunities. But you must be 18 years or older to participate.

MHA had been helping in the fight against mental health disorders since 1909.

Aside from research, the foundation also has various programs to help those who suffer from mental illnesses. It aims to provide a holistic approach to promoting mental health.

Their programs and advocacies cover prevention, timely intervention, integrated care, and support for those who need it.

What started as a grassroots advocacy is now the nation’s largest mental health organization. Since 1979, they’ve grown to more than 500 local affiliates that operate all over the country.

As an advocate for change, NAMI’s primary goal is to raise public awareness and provide education and support to individuals affected with mental disorders. The organization maintains a lifeline that caters to hundreds of thousands of requests each year.

To raise public awareness, they also launched the Mental Illness Awareness Week and NAMIWalks. As of 2018, NAMIWalks have raised $11.9 million across the country.

In 2018 alone, more than 40,000 people have taken their own lives in the US. This makes the country’s suicide rate one of the highest among wealthy nations.

This is what AFSP is fighting for. The organization is at the fore of the country’s suicide prevention advocacies. The donations they receive are used to fund scientific research and educate the public on mental health and suicide prevention. They also advocate for public policies as well as offer support to those who have lost a loved one to suicide.

When Donna and Phil Satow lost their youngest son, Jed, to suicide, it was unbearable. Since then, they dedicated their lives to prevent families from going through such a tragedy. They noticed that suicide is prevalent among students and young adults. But most schools and campuses don’t have any suicide prevention programs. Nor do they offer adequate support for students struggling with mental health issues.

To address this, the couple startedThe Jed Foundation in 2000. It aims to prevent suicide and promote mental and emotional health among teens and young adults. The foundation uses a comprehensive approach for its advocacy which focuses on three areas:

With arating of 97.44, it’s one of the highest-rated mental health charities on Charity Navigator.

Headquartered in Maplewood, New Jersey,Strongminds is a foundation dedicated to improving the mental health of women in Sub-Saharan Africa.

Unknown to many, about 66 million women are suffering from mental health issues in the region. Unfortunately, more than 85% of them have no access to proper treatment.

The lack of access to mental health care for these also affects their family and the community as a whole. Having depression makes them less productive than their mentally healthy peers. This results in lesser income and poor physical health. Their children also tend to suffer from depression themselves and would often miss school.

The foundation uses group therapy as its primary method of intervention. It’s simple, cost-efficient, and easily scalable to reach the most vulnerable women. The therapy focuses on relationships by letting the women identify the root cause of their depression and find ways to overcome them.

Despite putting their life on the line for the country, veterans and service members often don’t get the support they deserve. Many of them struggle to transition to civilian life after a deployment. Faced with unemployment, PTSD, and depression, they and their families usually have to fight the battle alone. It’s no wonder then that suicide rates among veterans are50% higherthan civilians.

Project Sanctuary aims to provide these veterans and servicemen the mental health support they need. It’s one of only a few organizations that specifically cater to uniformed personnel and their families.

Among the major services the foundation offers are:

The foundation also scored 96/100 on Charity Navigator in terms of accountability and transparency.

6 Awesome Ideas For Your Next Charity Team Building Underprivileged Children: What Can We Do For Them?