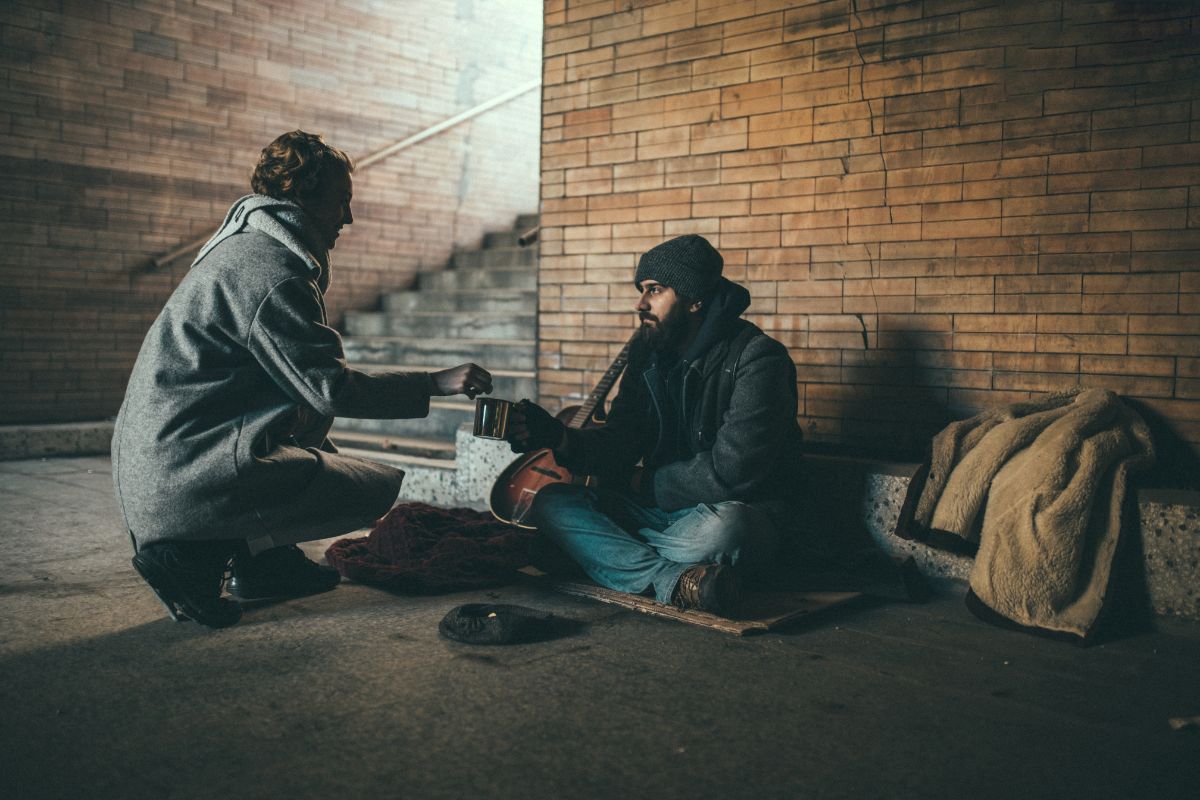 When thinking about the homeless, one of the first things people wonder is, “where do homeless people sleep?“.

In popular culture, homeless people are often depicted sleeping under a bridge or huddled on the pavement. While there is some truth to this, it doesn’t accurately portray how homeless people live and sleep.

The truth is there are varying degrees of homelessness. So the sleeping arrangements of people experiencing homelessness can vary widely.

To give you an idea of how the homeless really live, here are some of the places where homeless people sleep.

As mentioned, there’s a wide variety of sleeping arrangements for homeless people. Some may have places to sleep in but are still technically homeless. While others have nowhere to go that they end up sleeping in unsheltered places.

That said, here are the most common places where homeless people sleep:

1. In Other People’s Homes

Most of us don’t really think of couch surfers as homeless. I mean, how can they be homeless if they have a place to sleep in, right?

Well, it’s not their home. Their staying there is contingent on the generosity of the people who own or are paying rent on that house. When that generosity runs out, they’re often unceremoniously kicked out. So technically, they’re homeless.

While you may think it is a good deal for people who can’t afford a place of their own, it actually puts them in a more vulnerable position.

When having a roof over their head depends on the goodwill of another person, people become more prone to abuse. It can also mess up their sense of self-worth and destroy what little confidence they have in themselves.

Some people consider their car as their second home. But for some people, it can be their only home. They are what many people refer to as the “hidden homeless”.

While living in cars and RVs might seem cool on Tiktok, vehicle living isn’t always as glamorous as influencers are portraying it to be.

For one, most homeless people living in their cars don’t have ready access to clean toilets. They are also more vulnerable to crimes, with most cars offering very little in the way of security.

To top it off, maintaining a vehicle these days can be pretty costly, especially with gas prices skyrocketing. If the car isn’t well-maintained, they face a very real danger of freezing to death.

We tend to associate homeless people with public parks, and for a reason. Many people who lost their homes tend to end up in local parks as it provides a safe sanctuary where they can rest and do some recreational activities.

However, more and more cities are now prohibiting people from sleeping in parks. This punitive approach often leaves homeless people having to choose between paying a hefty or getting carted off to jail.

4. In a Homeless Shelter

As its name suggests, homeless shelters are a sanctuary for people who have lost their homes or can’t afford a place of their own.

Unfortunately, in most cities, there usually aren’t enough shelters to accommodate every homeless person. Plus, some of them only cater to women and children. So a homeless person who doesn’t belong to both categories often has a hard time securing a spot in the local shelter.

Besides, homeless shelters often have very strict rules and curfews. Residents have to be at the shelter after a specific time, or else they won’t be allowed in. This often poses a problem for homeless people who work night shifts.

Motels are a go-to place for families who recently lost their homes. Though it’s relatively safer than the streets, it’s far from ideal.

For one, families are often cramped in one room with no kitchen, no privacy, and no place for the children to play or do their homework. In some cases, more than four people have to share a small dingy room with barely enough space to move around.

Plus, motels that are affordable enough for homeless families are usually on the outskirts. Everything from schools to supermarkets is often more than a mile away, making it difficult to access most basic public services.

There are lots of reasons why some people choose to live under a bridge.

Obviously, many people choose that location because it provides shelter against the elements. They don’t have to worry about getting soaked in the rain or their tents being blown off when the wind gets too strong.

Another reason why a bridge’s underbelly is a popular living space among the homeless is to avoid arrests. As mentioned, many cities are tightening their regulations on camping or sleeping in public areas. But the space under the bridge is usually not considered a public area so there’s less risk of being carted off to prison in the middle of the night.

How Do Homeless People Survive?

Just like their sleeping arrangements, homeless people get their food and basic necessities from various sources such as:

How Can We Help People Experiencing Homelessness?

Even if we’re living paycheck to paycheck ourselves, there are lots of ways that we can help the homeless.

Aside from supporting causes and organizations that assist them, we can also do our share of raising awareness about their unfortunate plight. Or if even this is too much for you, just treat them with kindness and empathy. They’re already going through so much. A kind smile or a small act of kindness can go a long way in making them feel that there’s still light at the end of the tunnel.