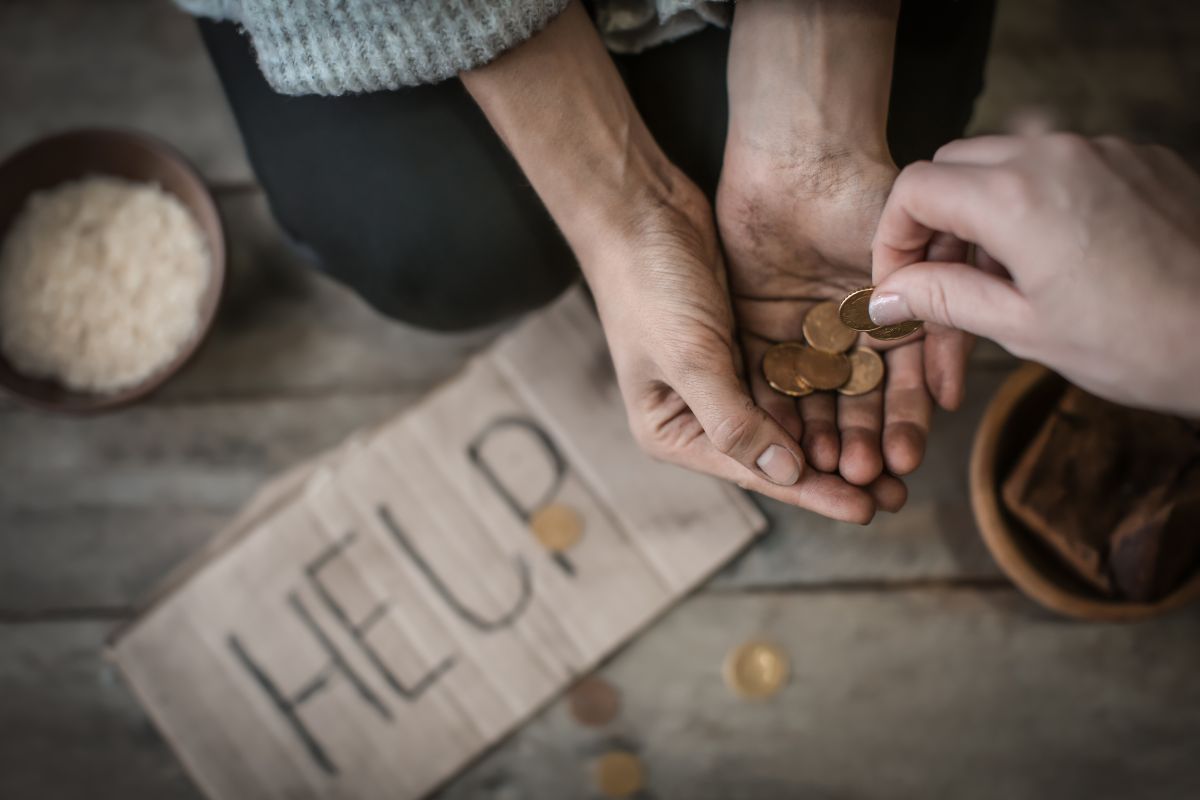 According to the World Bank, about 8.6% of the world’s population is living in extreme poverty. That equates to about 28 million people. And with the recent crises, this number has probably increased by several millions more.

This statistic just goes to show how prevalent poverty is around the world. It also shows how many people are vulnerable to hunger, abuse, and exploitation. More often than not, they are also the very same people that society seems to have forgotten.

Though the statistics may look bleak, it can also mean we have 28 million opportunities to help people in need.

You see, helping the poor doesn’t mean you need to be Mother Teresa or Warren Buffett. There are a lot of ways to help the poor in our own little ways. Remember what Aesop said: no act of kindness, no matter how small, is ever wasted.

So if you want to help the poor, start with the things that you can do today.

5 Simple Ways to Help the Poor

Here are some ways you can help the poor in your own little way:

Despite so many people living in extreme poverty, there are still a lot who have no idea what being poor is really like. Maybe they’ve only heard about it in church lectures or seen it in documentaries.

It’s not a surprise then that many people think the poor only need money, when in fact, there’s a whole host of problems that comes with poverty.

This is why it’s important to raise awareness about the true face of poverty. It’s important to let people know that poverty isn’t just about a lack of money. It’s also about being voiceless, having fewer opportunities, and lack of access to a lot of things.

2. Provide Them With Opportunities

Many of us tend to blame the poor for their situation. We often brand them as lazy or too nonchalant to dream about a better life.

But you see, most of the time, those living in extreme poverty are the most hardworking people you’ll ever meet. They often have the most backbreaking jobs and work from dawn to dusk.

What they don’t have, however, are opportunities. Because many of them have limited access to education, their employment options are limited too. They can only take on menial jobs that pay peanuts. All of these traps them in an endless cycle of poverty that goes on for generations.

So if you are in a position to grant them opportunities, now is a great time to start. You can teach them valuable skills or hire them in your business. Sometimes all someone ever really needs is opportunity. It’s that slight sliver of hope that can help them break out of generational poverty.

If you have some to spare, be it food, money, or clothes, don’t hesitate to share them with those in need of them.

As I said, you don’t need to be a billionaire to help the poor. Bringing care packs to the homeless or donating used clothes to a local charity is already a huge help.

But, of course, if you have a lot to spare, then it won’t hurt to give more. Remember that we are all channels of God’s grace. He did not give us all these blessings just so we can enjoy it all by ourselves. Instead, He gave them to us so that His grace can flow through us and into the people who need them the most.

4. Be a Conscious Consumer

Being mindful of the companies and products you patronize is probably one of the easiest ways to help the poor.

As you know, a lot of companies nowadays are engaged in unethical work practices. Some outsource their manufacturing process to sweatshops in other countries where people get paid less than a dollar a day for more than ten hours of work. While others employ immigrants and pay them less than half of what they’re supposed to get paid.

If we all boycott these companies that have abusive and unfair work practices, we can collectively improve the working conditions in these places. By simply doing a little bit more research on the products we buy and places we do business with, we can help improve the lives of the people who work for them.

5. Support Causes That Benefit the Poor

As I said, you don’t need to donate millions of dollars like Warren Buffet. Anything you can spare will be a huge help – be it cash, food, clothes, books, eyeglasses, etc. Or if you have some time off, you can volunteer at your local charity or start a fundraising project.

Bible Verses About Helping the Poor

If you need more inspiration, here are some bible verses about helping the poor:

Inspiring Quotes About Helping the Poor

If the bible verses above aren’t enough, here are some more quotes about helping the poor:

When thinking of ways to help the poor, always remember what Margaret Weiss once said: a single drop of water creates ripples in the ocean. Our actions may seem insignificant but everything that we do affects the people around us. It creates ripples. And if each one of us does something to create a positive change, that ripple will slowly spread all across the ocean and eventually break foaming upon the shore.