Hollywood Celebrities Who Are Helping the Homeless 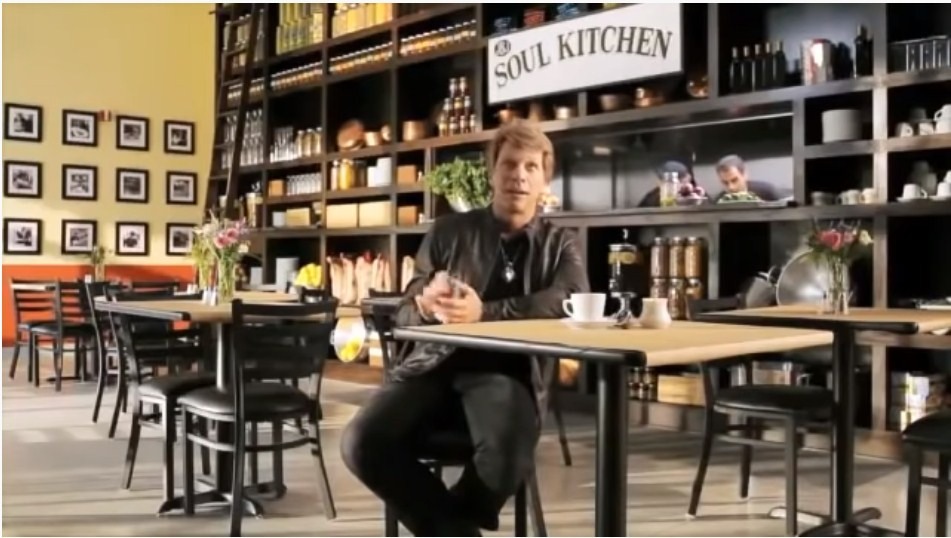 With just one TV appearance, they can already earn what a regular person makes in a year. It’s no surprise then that much is expected of celebrities in terms of charity.

Because of this expectation, almost all celebrities helping the homeless have done at least one charitable act in their life. Many of them made monetary donations. While others used their influence to draw attention to the causes they care about.

From human trafficking to women’s rights, these causes vary widely. In this post, we’ll highlight the Hollywood celebrities who are helping the homeless.

In 2011, he and his wife opened Jon Bon Jovi Soul Kitchen in Redbank, NJ. Their mission is to allow guests the dignity of a meal without judgment or discrimination.

Five years later, the duo opened a second Soul Kitchen in Toms River, NJ. It offers a SoHo dining experience with upscale fare but with no prices listed on the menu. Aside from food, the place also provides homeless people with job training and resources to get back on their feet.

What sets this restaurant apart is its “Pay It Forward” model. Diners can earn their meals by volunteering at the restaurant. They also welcome paying customers who can buy a Pay It Forward certificate for only $20. The amount collected is used to defray the cost of the next person’s meal.

The rockstar also established the Jon Bon Jovi Soul Foundation, an NGO that builds affordable houses. The foundation has already built 600 housing units in 10 states. These gave shelter to thousands of people, including veterans.

A Grammy Award-winning rock band, Maroon 5 makes more than just great music. They are also known to stand up for certain causes.

These past few years, the band has made various efforts to address hunger in the United States. In some of their concerts, they team up with charitable institutions to conduct food drives. During such events, fans and concert-goers are encouraged to donate non-perishable food items.

In 2011, they collaborated with Snapple to create their own flavor, “Tea Will Be Loved.” All proceeds from which goes directly to Feeding America, a charity that feeds poor and homeless people across the country.

Even before she became royalty, Meghan Markle had been involved in many charities. When she became the Duchess of Sussex, her passion for helping others intensified.

Paparazzi photos of her secretly volunteering at a soup kitchen in London were making rounds on the internet last year. This soup kitchen serves as a meeting spot for women who lost their homes. (Related: Top 10 Reasons Why You Should Volunteer at a Soup Kitchen)

Coming from a humble background herself, the duchess felt an instant connection with these women. Reports say that the duchess frequently visits the soup kitchen. She even published a cookbook from the recipes she cooked with the women – with the proceeds used to raise funds for the facility.

At 103 years old, Kirk Douglas is the last surviving star of the film industry’s Golden Age. And he certainly puts his influence to excellent use.

The retired actor is an avid supporter of different foundations and charitable organizations. Among his benefactors is the St. Francis Food Pantries and Shelters. It’s an organization that supports soup kitchens, safe havens, drop-in centers, and shelters throughout the New York area.

Douglas’ most significant legacy for the homeless, however, is the annual star-studded event he holds at the Los Angeles Mission. In this Thanksgiving event, celebrities can volunteer to give food to the homeless.

He and his wife also established the Anne Douglas Center for Homeless Women. The charity helps destitute women from Los Angeles to turn their life around.

HGTV viewers know them as “The Property Brothers” after their famous reality show. These twin brothers not only sell houses, but they also help make them for the homeless.

In 2017, they partnered with Habitat for Humanity to launch the “Home is the Key” campaign. It aims to build houses as well as raise funds and awareness about the need for affordable housing. Just last year, they helped build homes for two deserving families in Nashville.

In an interview, Jonathan revealed that ever since they sold their first house, they’ve seen what home really means to a family. They hope to build more inexpensive homes for needy families.

At the end of the day, charity boils down to passion. It doesn’t matter if you’re a celebrity or a regular person or if you’re earning millions or minimum wage. If you have the heart for helping like theses celebrities helping the homeless, that’s all that counts.