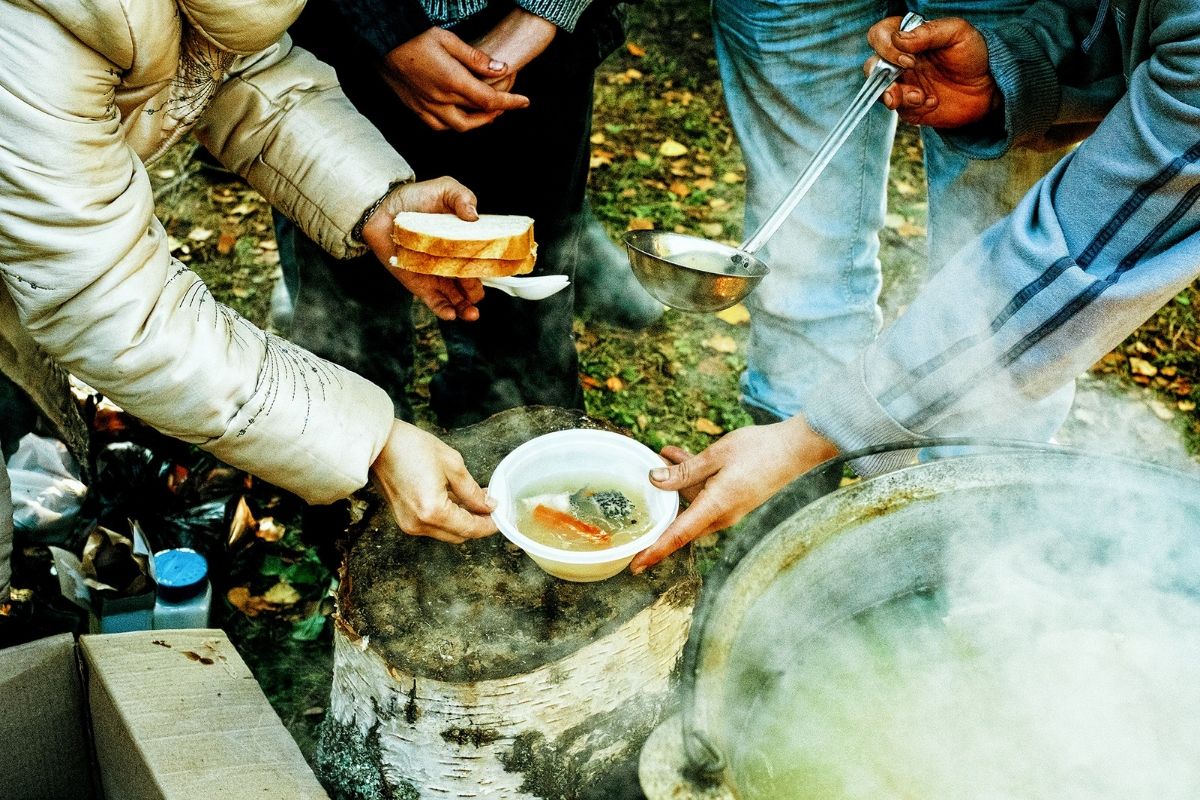 Soup kitchens are charity institutions where food is being offered to the needy and homeless for free.

Even back in the day, people all over the world were already engaged in helping people who are in need. So, determining how soup kitchens started can be quite hard.

Back then, people already believed that it is a moral obligation to feed the hungry. It was also thought that helping the needy will help a person to justify itself in the afterlife.

Sir Benjamin Thompson, a British physicist, built the first soup kitchen in 1790. The use of soup kitchens grew rapidly across the world and spread to the United States.

How Soup Kitchen Started in America

The history of soup kitchens started in the US around 1929. It was during this era where growing depression in America was greatly felt.

Soup kitchens were badly needed at that time considering the failing economy in the 1930s. There were at least 12 million Americans that were out of work.

In the history of the soup kitchens, the first soup kitchens were run by churches, private charities, and volunteer Americans. At that time, these institutions can serve an average of 1,500 up to 3,000 people in a day. That’s how many unemployed Americans rely on soup kitchen food every day.

Soup and bread were the most often served food in soup kitchens back in the day. Not only because it’s more economical, but also because it can cater to more people.

Today, soup kitchens serve not only food but other necessities too such as clothes and hygiene kits.

Soup Kitchen During the Depression Era

Soup kitchen in the depression-era was started by the man you’d least expect: Al Capone. He was a notorious gang leader from Chicago.

Al Capone’s intention when he built the soup kitchen was to clean up his bad reputation. Capone’s soup kitchen served three meals a day. He made sure that every unemployed American could get a meal.

During this era, a soup kitchen can be found in every city and town. Society made sure that people who are in need can easily get a meal at any time of the day. This just shows that humanity was already present even back in the day.

Soup kitchens still exist until now. There are still lots of homeless people across America that need our help. That’s why we at Our Father’s House Soup Kitchen do all that we can to help those in need. We’ve been serving the homeless and the needy in Southern Florida since 1989.

You can always contact us if you wish to volunteer or donate. We greatly appreciate any donation whether it’s cash or goods. Your support and generosity will help us feed more people.

Donate To The Poor Online

Top 10 Reasons Why You Should Volunteer at a Soup Kitchen

How to Start a Soup Kitchen and Help the Homeless

What is a Soup Kitchen?