The State of Homelessness in South Florida

We all know that homelessness is not uncommon in the US. In fact, The National Law Center on Homelessness & Poverty estimates that at least 2.5 to 3.5 million Americans are homeless.

An estimated 31,030 people experience homelessness in South Florida as of January 2018. Of those people, 5,302 of it experiences chronic homelessness. While 2,757 were family households, 2,543 were veterans, and 1,892 of it were unaccompanied young adults.

What Leads People to Homelessness?

There are a lot of reasons why people become homeless. Some of them are victims of sexual and physical abuse, while others are victims of an unjust system.

Poverty, discrimination, system failures – you name it. But, even if we already knew the root cause of homelessness, it seems that the government is still struggling to end it.

So as a normal human being, what can we do about it? How can we help those who are homeless and in need?

Imagine seeing those people living in the streets, thinking of what they should do to survive for the day. And then waking up the next day, thinking of the same problem they had from yesterday.

Fortunately, there are non-profit organizations in Florida like Our Father’s House Soup Kitchen. They help the homeless by providing free meals, clothes, and other necessities. This soup kitchen has been feeding the homeless in South Florida for more than 30 years thanks to the generosity of its donors.

Yes, shelters and soup kitchens may not be the way to end homelessness. But it allows them to get back on their feet. Don’t you think it’s nice to help the homeless even in small ways?

Aren’t we lucky enough to have a house that we can also call home? Isn’t it nice knowing that when bad weather comes, we can find ourselves curled up under our blanket sipping a cup of hot tea?

It will be a great help for the homeless if we share our blessings. There are lots of organizations around you if you wish to help. You can volunteer your time or donate to their cause. They usually accept donations both in cash and in-kind.

Sharing your blessings to the homeless can be fulfilling. It may not make you rich, but you can have something in return: happiness.

Donate To The Poor Online 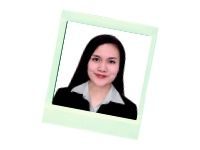 As a registered nurse and Christian, Franchette Agatha Jardin knows a thing or two about compassion and kindness. She is part of the Correct Digital, Inc SEO team, which is paid by private donors to provide website digital marketing services to this non-profit organization.

What Are The Root Causes of Homelessness?

5 Homeless Documentaries You Need to See

40 Quotes That Will Open Your Eyes About Homelessness

Our Most Popular Posts

How Important Are Moral Values In Children?
The Four Types Of Giving According To The Bible
5 Times Jesus Taught Us About Kindness
What is a Soup Kitchen?
Top 10 Reasons Why You Should Volunteer at a Soup Kitchen
The Most Valuable Lessons We Learned From “Tuesdays With Morrie"