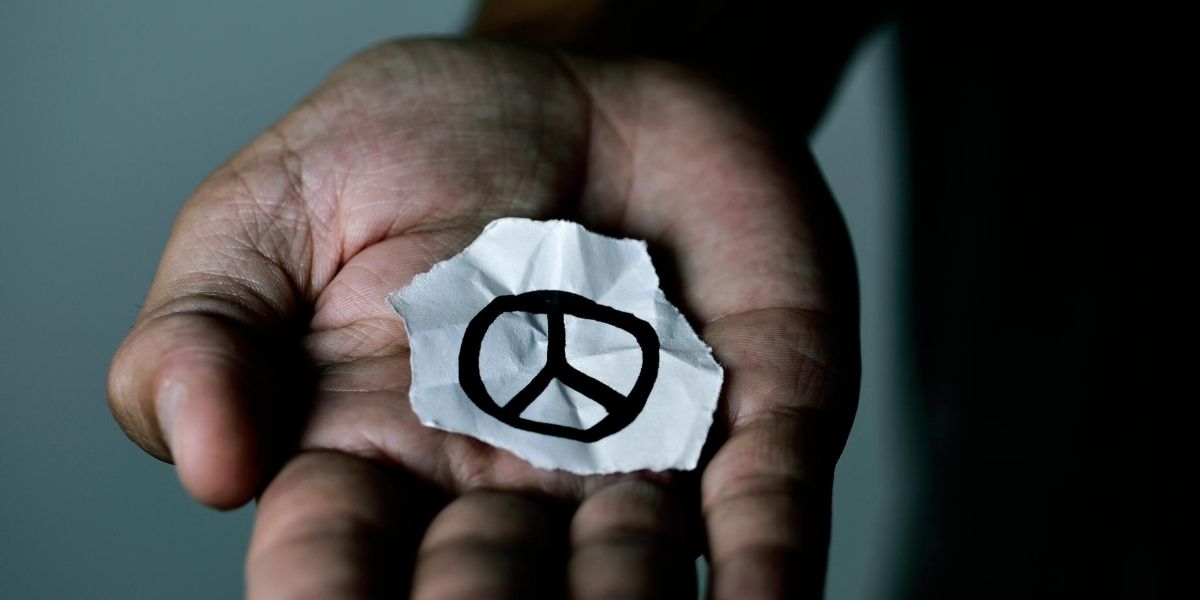 Human history is filled with wars, injustices, famine, and many other countless tragedies. Though unfortunate, it is during these dark times that the human spirit is truly tested.

It is also these tragedies that produced some of the greatest humanitarians who ever lived.

According to the dictionary, humanitarians are people who are concerned with or seeking to promote human welfare. Based on this definition, we all have a humanitarian side to us.

I mean, who isn’t dreaming of a better life for all humans?

But, only very few of us have chosen to act on that dream. And that’s what sets great humanitarians apart. Instead of walking the well-worn path, they made their own. Most of the time, at a great personal cost. All because they believed that mankind deserved better.

Here are five of the most famous humanitarians whose works changed the course of our history.

When we hear the word “protest”, the last thing we expect is for it to be peaceful. But Mahatma Gandhi showed the world that activism can also be done without violence.

Born in western India, Gandhi lived at a time when the country was under British rule. As a lawyer, he campaigned for civil rights through nonviolent methods -something that was virtually unheard of at that time.

Aside from excessive taxes, he also campaigned for women’s rights, religious tolerance, and national independence. To convince people to his cause, he swapped his lawyer’s clothes with the Indian loincloth. In the winter, he only wore a traditional shawl. Both outfits became a symbol of his identification with India’s rural poor.

But what really carved his name in the annals of history was theDandi Salt March. The 24-day peaceful march covered over 240 miles. It sparked nationalist movements all over the country which eventually led to the country’s independence.

Gandhi was also known for doing hunger strikes which greatly affected his health. His efforts sparked movements for civil rights and freedom around the world.

Being imprisoned for more than two decades would have broken most people. But not Nelson Mandela.

Apart from being the first person of color to become president of South Africa, he was also credited for ending the apartheid. For those who don’t know, apartheid is a term used for the racial segregation policies enforced for decades in South Africa.

Throughout his term, he worked hard to achieve national unity. After all that he’s been through, he could have easily taken revenge on the injustices he suffered. Instead, he chose to adopt a policy of reconciliation. In a country torn by racial conflicts, it was the first step to healing.

His words and actions have inspired and continued to inspire people from all countries and races.

Dubbed as the living saint, Mother Teresa changed the world’s perception of how charity should be done.

As a headmistress of a Catholic school, she lived a rather comfortable life. But she gave up all that and chose to live with the poorest of the poor.

Wearing a simple cotton sari with a blue border, Teresa ventured into the slums of Calcutta. She treated the sick and founded a school for the underprivileged. She even had to beg for food and supplies to support her mission.

Eventually, she founded the Missionaries of Charity. In her words, the foundation shall care for:

“the hungry, the naked, the homeless, the crippled, the blind, the lepers, all those people who feel unwanted, unloved, uncared for throughout society, people that have become a burden to the society and are shunned by everyone”

She also opened several hospices, soup kitchens, women shelters as well as orphanages. Her foundation also maintained leper hospitals as well as a home for the dying.

Besides her work in India, Mother Teresa was also known for her international charities. She rescued children in war zones, visited earthquake victims, and helped Chernobyl victims.

Though she’s long gone, Mother Teresa’s foundation continued to flourish. Today, it is helping change the lives of millions of people in several countries.

In many humanitarian lists, you’d rarely seeOskar Schindler’sname. Yet without him, many famous people of Jewish descent wouldn’t have been born.

During the Nazi Regime, Schindler had a factory in Poland. As a German-born industrialist, he initially supported the Nazis. But when he saw the atrocities they were doing, Oskar decided to save the Jews in his employ.

He bribed officials with liquor and other luxury items. By doing so, he ensured that his workers are saved from the horrible fate that befell most Jewish people at Nazi work camps. Historians estimate that he saved about 1,100 people.

At the end of the war, Schindler had spent most of his fortune on bribes. He and his wife, with the help of the Jewish families he saved, fled to Argentina.

Having tried his hands at several businesses and failed, Schindler died penniless. But he became the first Nazi member to be buried at Mt. Zion in Jerusalem. His humanitarian efforts may not have been recognized during his lifetime, but it changed the lives of many Jewish families for generations.

Prison is an undoubtedly tough place. But centuries ago, it was much worse. Fortunately, a Quaker woman named Elizabeth Fry intervened.

Born in 1780, Elizabeth Fry lived at a time when women didn’t have many rights and prisoners much less. When she visited a Newgate Prison in 1812, Fry was appalled at what she saw.

The prison housed both men and women in overcrowded cells. Suffice to say, the living conditions there weren’t fit for human habitation. Fry felt that this squalid and unsanitary conditions caused bad health and fighting among inmates.

The visit left such a deep impression on her that she dedicated her life to improving prison conditions.

Aside from bringing clean clothes and food to prisoners, she also encouraged other ladies to visit the prison. She even wrote a book that exposes the horrid conditions in British prisons.

Eventually, her efforts paid off. She gained the support of people like Queen Victoria and Frederick William IV of Prussia. This helped her convince parliament to pass the Gaol Act of 1823.

But as a woman, her humanitarian work also became a weapon for her critics. She was often criticized for neglecting her role as a mother and wife. Lucky for us, she persevered and left one of the greatest legacies in criminal justice reform.