7 US Charities With Book Donation Drop Off Stations 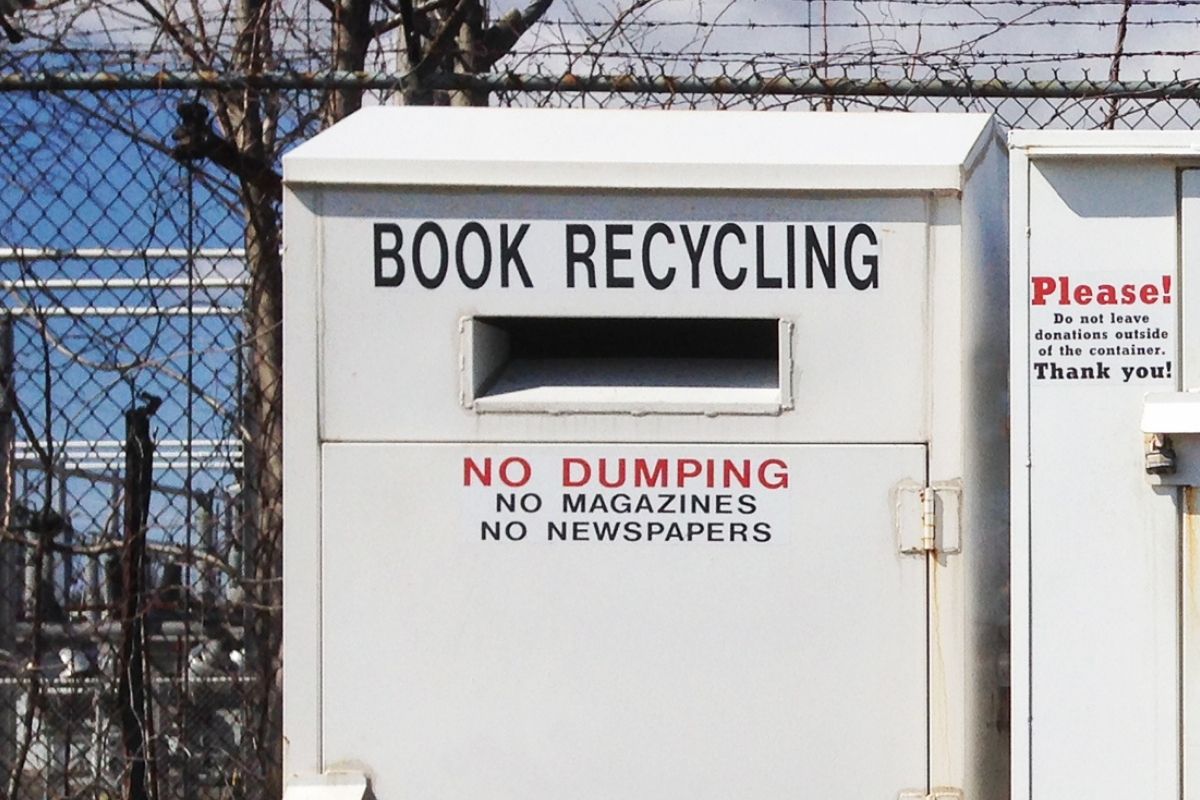 Whether you’re a bookworm or not, you probably have some books lying around gathering dust. And I bet what brought you to this post is because you’re thinking of donating them.

Donating used books is one of the best ways to give back. According to a study, about 640,000 tons of books end up in landfills every single year. Just imagine how much paper is wasted, not to mention the knowledge contained in between those pages.

What makes this even more unfortunate is that some students have to forgo meals just to buy books – probably the very same books that are lying in a dumpster somewhere.

So if you’re ready to do your part to end this unfortunate cycle, here are some US-based charities that have book donation drop off locations:

Most Americans are familiar with the Salvation Army. They accept just about anything that can still be sold in their thrift stores including used books. Both hardback and paperback books are welcome as long as they’re still in good condition.

Donated books are usually sold in their thrift stores. The proceeds from which are then used to fund the charity’s various programs. Some books may also end up in the charity’s homeless shelters.

The best thing about the Salvation Army is that they have drop-off locations all over the US. And if you’re too busy to drop your donation in one of their bins, you can also call them to schedule a pick-up.

Based in Indiana, Better World Books collects used books that would otherwise end up in a landfill and sell them online. The proceeds are then used to fund various initiatives to support global literacy. They partner with libraries, schools, and bookstores. But they also have donation boxes all over the country for individual donors.

You can find their nearest book donation drop-off location here.

Just like Salvation Army, Goodwill accepts a wide range of used goods donations including books. All donations are sold at their thrift stores which operate nationwide. The money collected is then used to fund Goodwill’s various charitable programs. Most of Goodwill’s thrift stores are also located in poor neighborhoods so your books will most likely end up enriching the minds of underprivileged readers.

You can find their nearest book donation drop-off location here.

If you’re a veteran or want to help veterans around the country,  you can also donate your books to the VVA. This organization has been advocating for causes and issues that are important to veterans from the Vietnam war up to the present. It offers various programs and services specifically aimed towards veterans.

Aside from cash donations, the VVA accepts gently used items like books and clothes. You can find their nearest book donation drop-off location here.

They accept both children’s and adult books as long as they are still in good condition and are recently published. But they may decline encyclopedias, magazines, and older textbooks.

Open Books is based in the Chicago area and has drop-off locations all around the city. You can find the nearest one here.

If you’re in New Jersey, chances are you’ve passed by a New Legacy Books drop-off bin. They collect used books and sell them to individuals who can give them a new home with the proceeds donated to local charities. While those books that are deemed too damaged to be of any use are recycled properly so they don’t end up in landfills.

Note, however, that this charity only accepts books with ISBN barcodes on the cover. They also don’t accept magazines, encyclopedias, and water-damaged books.

You can find a list of their drop-off locations here.

Aside from the charities mentioned above, many local organizations also accept book donations. You can try asking at your local homeless shelter, soup kitchen, school, or community center if they are in need of books. Aside from helping the local community, you also won’t have to drive far just to drop off your donation.

(Related: 9 Best Places to Donate Clothes for the Homeless)

Helping vs. Enabling: Which One Are You Doing? 10 Ways to Give Back to the Community Even With No Money